3b Now Nineveh was an exceedingly great city, a three days’ walk. 4 Then Jonah began to go through the city one day’s walk; and he cried out and said, “Yet forty days and Nineveh will be overthrown.” 5 Then the people of Nineveh believed in God; and they called a fast and put on sackcloth from the greatest to the least of them.

6 When the word reached the king of Nineveh, he arose from his throne, laid aside his robe from him, covered himself with sackcloth, and sat on the ashes. 7 And he issued a proclamation and it said, “In Nineveh by the decree of the king and his nobles: Do not let man, beast, herd, or flock taste a thing. Do not let them eat or drink water. 8 “But both man and beast must be covered with sackcloth; and let men call on God earnestly that each may turn from his wicked way and from the violence which is in his hands. 9 “Who knows, God may turn and relent, and withdraw His burning anger so that we shall not perish?”

God’s Word came to Jonah a second time. This demonstrates God's great mercy, both toward Jonah, in the sense he could still carry out God’s holy will, but also towards Nineveh, for the message of judgment creates a door to repentance, where God’s grace can often be found. God’s mercy, then, is seen as persistent and strong as his enduring wrath.

The Great City of Nineveh (3a)

“Now Nineveh was an exceedingly great city,  a three days’ walk” (3b). There is no lack of writing regards the greatness of the capital city of Nineveh of the ancient world empire of Assyria. Assyria in 722 BC eventually swept over Israel’s northern kingdom called Israel and took her captive. Zephaniah and Nahum were two other prophetic books describing the evils of this nation, but Jonah 3, written before that time, does not describe the evil of the city here but that it was huge. Note the description: “exceedingly great city.” The word ‘exceedingly’ modifies the word great which itself describes the object - a city (which is usually already large).

 Jonah described it as having 120,000 infants, not knowing the difference between right and left hand (4:11). The population probably had near a million inhabitants.

Since the archaeologists have started their diggings in the nineteenth century, much has been discovered about Nineveh. A Google Earth picture above shows how the ancient ruins of Nineveh is surrounded now by the fast growing city of Mosul, Iraq (above). The old walls are about 7 miles in circumference (above left). The three day’s walk could include the different places within the city Jonah walked; the king only heard about it a bit later.

Our age is marked by huge cities. Compared to today’s great cities of over ten million, Nineveh was a dwarf. We should remember God does look at cities, individuals and nations, constantly keeping a discerning eye on them. 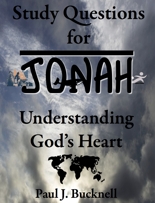