Redemption Through The Scriptures

Gaining a clearer picture of Christ and His saving work

The Plan of Redemption

Ever wonder why Jesus needed to die to bring salvation? By taking a deeper look into the meaning and usage of the word ‘redemption’, the intricacy and relevancy of the salvation plan can become a powerful force in our lives.

The theme of redemption is carried throughout the scriptures. Though the word in our modern context rarely communicates the original sense of the redemption of slaves, Christ’s powerful sacrifice on the cross has been immortalized as a perfect picture of redemption, in which God’s righteousness is made manifest, and His compassion, wisdom, and faithfulness is proven through the purchase of His people by the blood of Jesus. 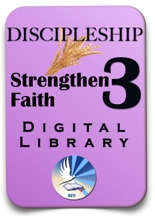 God’s Plan versus My Plan!

Nothing has so recently blessed and globally grown the church than the constant emphasis on evangelism and pioneering missions since the late 1800s. This focus, however, has revealed an inherent weakness. The Christian church has so exclusively stressed the need to save people by emphasizing the way to gain this faith, a large group of Christians have come to confine the meaning of their rich salvation to a mere place for them in heaven. And so, many Christians identify their belief and baptism as their ‘ticket’ to heaven, based on faith in Christ Jesus (not legalism which says upon their good works).

This is not only true with the early roots of evangelical movements in the West but new church developments in Africa, India and around the world. The believers are not usually resistant to understanding more, but in most cases are simply shut out from the full message of the gospel.[1]

God’s Plan versus My Plan

Recently, nothing has blessed and grown the global church more than the move to extensive evangelism and the pioneering of missions. However, this focus has uncovered a weakness; the Christian church has so stressed the need to save people by emphasizing the way to gain this faith, that a large group of Christians have cometo confine the meaning and result of their rich salvation to a mere place for them in heaven.

Part of this book, Redemption Through the Scriptures, is on the web (see below), but the completed book with all the other teaching materials including: the full study guide and available videos, audios, and powerpoints are included in the Discipleship 3rd level library along with other third level BFF publications. These resources enable you to not only grow in Christ, be like Christ but also to have Christ's plan lived out through your life! Or check out the book!

Many Christians identify their belief and baptism as their ‘ticket’ to heaven, based on faith in Christ Jesus. This is not only true with the early evangelical movements in the West, but it also applies to new church developments in Africa, India, and around the world. The believers are not resistant to learning more and understanding better, but in most cases they are simply shut out from the full message of the gospel.

Believers of Christ ought to have confidence in their place in heaven. John 3:16 promises that those who believe in Christ will have eternal life.

When I first believed in Jesus, I was delightfully saved and received an immediate confidence of eternal life deep in my soul.

This confidence, however, is only part of the salvation message and experience. If only this part of salvation is believed, then it is the only part acted on. The church does not realize this one-sided belief destines her to live an unfulfilled spiritual life, similar to that of a car running on flat tires.

The church, then, has become focused on the initial spiritual experience of salvation, and the emphasis on security for the distant future, rather than focusing on a Spirit-infused people of God who are working to carry out His kingdom plan, which is much broader than mere security for the future; the Lord wants to work in and through our lives now.

We can distinguish the two approaches to faith in these ways:

✦ “God saved me to restore me to Himself and has enabled me to carry out His plan.” (Below: “God plan.”)

When eternal life is properly understood, it is not simply about understanding how to avoid judgment. It’s about the flame of inspiration, desire, and hope that comes as a result of being God’s child. All of God’s purposes for a person’s life can be realized through His grace and can be used to benefit other people, so long as there remains a greater goal of bringing glory to God.2

The first plan is a ‘me’ plan because the Christian individual is still focusing on himself; he is still contaminated by the world’s approach to life, and this happens because his theology is distorted. In the scriptures, saving faith forms a significant part of the plan of salvation. Let’s call it, “The God Plan.”

 Salvation through Christ is not primarily for us, though without question we are blessed to be a part of it. As a result, salvation needs to be seen as that which unfolds a greater picture of God’s glory, “For from Him and through Him and to Him are all things. To Him be glory forever. Amen” (Romans 11:36).

The cross should not be thought of as an emergency plan–as if God made a mistake, but plays a crucial part of God’s eternal plan that reveals His glorious love and powerful wrath, and at the same time pours forth an abounding and underserving grace upon His people.

As we continue, the grand beauty of God’s plan will increase. For now, we’ll look at how Paul, once a persecutor of the saints, defends his faith before Agrippa the King.

“And so, having obtained help from God, I stand to this day testifying both to small and great, stating nothing but what the Prophets and Moses said was going to take place; that the Christ was to suffer, and that by reason of His resurrection from the dead He should be the first to proclaim light both to the Jewish people and to the Gentiles”  (Acts 26:22-23).

Hints of God’s plan can be found throughout the Old Testament prophets. The New Testament is rife with examples of how God marvelously fulfilled His grand plan. The focus should not be on our oneway ticket to heaven, but on our hope that God in His unthinkable kindness has restored a people to Himself so that He can continue to complete the plan which He started with Adam and Eve.

This garden event, found in Genesis 2-3, is a genuine account that captures the historical reality of not only what went wrong with this world, but also frames for us a picture of God’s original intention for humanity.

Each chapter will explore various aspects of the grand redemption plan, and will include an explanation of the why and how.

The church is weak and defeated largely because ‘God’s plan’ has been substituted with ‘my plan’. Even after believers come to know God, they do not live for Him. How else could the heated theological debate on whether Jesus can be one’s savior but not one’s Lord come about? By God’s grace, as the truth of His plan of total redemption is further clarified, God’s plan will not only become clearer to us but will also provide an empowering vision of God’s design that calls us to live by His power and for His glory. May the truth found in God’s Word open our eyes to the marvelous ways He is unraveling His plans in our lifeless beings!

“The gospel is not a way to get people to heaven; it is a way to get people to God. It's a way of overcoming every obstacle to everlasting joy in God. If we don't want God above all things, we have not been converted by the gospel.” ( John Piper, God Is the Gospel: Meditations on God's Love as the Gift of Himself)[3]

In the rest of this chapter, we want to discuss what the word redemption means and why it is repeatedly used both in the scriptures and our songs, and why it appears in the title of this book.

Footnotes
[1] We acknowledge there are some movements that have stressed Christian growth along with their salvation but this unfortunately has been exceptional rather than normal. If the focus is on getting them into the kingdom, then this post-belief training is lacking. Groups are content getting them to church rather than having the vision to equip the people of God for service (Eph. 4).
[2] I am not saying that we put this all before an unbeliever. God uses many means to bring people into His kingdom, but we need to be sure that we do help them rather early on in their new Christian lives why God has saved them. Pass on the vision of this greater plan!
[3] http://www.goodreads.com/author/quotes/25423.John_Piper