Restoration of all Things 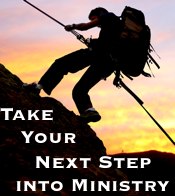 Taking Your Next Step Toward Full-Time Ministry

A clear call mixed with compromise.

A. God’s Call for Saul to be King

A1. God's Calling (9) | A2. Questions on Calling | B. God's Confirmation (10)
Check Old Testament Library for powerpoints, audio/visuals and handouts.

God works differently in the lives of His precious people according to the need. As we study God’s call of Saul to be king, we will discover God’s unique ways of working and empowering His people to carry out His purposes. From this we can find further clarity about how God might work in one’s own life as well as encouragement to complete the tasks that God has set before us.

A. God’s Call for Saul to be King

The Lord spends a great amount of time discussing Saul’s call to be king, 27 verses to be exact. The extra space provided helps us not only see that the Lord has specially chosen Saul but as to how the Lord has let Saul know about this calling. The Lord did not allow for any confusion.

Some people do not like the word ‘call’ to describe how God works in an individual’s life to make him aware of his particular duty given by Him. Whether the word is biblical is somewhat irrelevant. The concept is certainly here (Note that a calling is not exclusively used for pastoral or missionary work!). But what does ‘call’ imply? How does God work it out in our lives?

Let us learn from the extended passage before us. By the uniqueness of Saul’s calling, we should at a minimum recognize God personalizes His call to a person’s life and situation.

Check out our Digital Old Testament Library for a huge collection of resources on 1 Samuel and all of the Old Testament!

Observations of Saul’s ‘call’ from 1 Samuel 9

A call is the means by which God indicates to an individual and those around him that he has a special duty to carry out for God.

Here are some principles about God’s calling of someone to serve Him. (1 Samuel 9)

God chooses all sort of people to fulfill His tasks, often a person would never choose. In this case Saul was handsome, tall and well-off people (9:1). This is not always the case, though! Amos the prophet was a shepherd (Amos 7:14-15). David was from the smallest of families. Saul says that he also was from a very small family in the smallest of tribes (9:21).

The Lord in fact often works with those who have weaknesses to have them trust in Him and keep from pride (Saul - 10:21). 1 Samuel 9:1 stated that Saul’s father was well known and well off. The Hebrew word has both these meanings. It is true that 9:21 that Saul states that his family is of the least of the families in the smallest tribe. His stemming could be more polite than actual. Or I could portray how God chooses the most unlikely at times.

The Benjaminites had gone through rough treatment in the past (Judges 20-21). God seems to favor choosing the unlikely ones to do His honored tasks.

We do not volunteer ourselves but God appoints us. The call refers to the time when the Lord lets us know what He wants to do through our lives. We do not find the Lord asking permission (Psalm 24:1 We all belong to Him). Since God has designed us, He knows best how to use us. His will is always according to how He has designed us.3

God knows each of us. He has designed us for various things even if we are unaware of Him. We cannot hide from Him. The Lord knew exactly where to find Saul.

God’s call is largely directed toward the individual because it is meant to instill the faith and direction that is needed for upcoming service. There is no single way God does this. The Levites have a calling by heritage, but others needed a special series of events to get them to where God wanted them to be.

We should recognize, however, that in some cases like this one, that God lets others know of what He is doing so to make room for this person’s new role. Sometimes this takes much time such as in David’s case. He was anointed king far earlier than he was king. But when the time is right, God makes those leaders aware. In this case the Lord worked through Samuel and the being chosen by the lot.

God worked this way through Samuel in part so that he, other leaders and the people would know Saul’s appointment was from God. Samuel himself needed to make room for this new element of kingship (His sons would not rule). All the people needed to come to recognize him as king. Since it came from Samuel, most everyone (not all - 10:27) could trust this appointment of Saul as King.

Saul’s calling is so interesting because it is ultra unique and customized. God entwined the very events of daily life to get Saul’s attention, call him and set him as king.