Tracing the Definition of Righteousness Through History

Tracing the definition of righteousness through 3 stages of history. Discover how the modern concept of righeousness differs from the original and why law is gowing wayward.

So where is the problem?

The problem is that the English word righteousness does not capture the full essence of the original languages. Basically, righteous means conformity to God's standard of right and wrong.

In English we need to use a different word for the sense of justify, justification in legal cases. However, the original word 'to make righteous' included this legal sense of to justify and complete justice.

There was no separate word for justice. Look in the Bible. When you find the word justice or justify, it will more than often be the same as made righteous or righteousness.

There are two main Hebrew root words for justice. The other one (mishpat) commonly used has to do more with the executive aspect of the legal system where decision and procedure is emphasized. Justice is defined by God's standard. 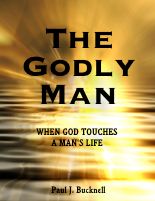 Many of our societal problems seem to stem from this word problem: the separation of righteousness from justice. We see man willing to speak of laws and principles apart from God.

The increasing trend is to adjust the laws to accommodate evil. This is evident in our day with expressions such as 'changing constitution' and 'hate crimes', the latter judge people from motivation rather than actual crimes that can be witnessed.

In today's world, no one is surprised that a person could be acquitted even though guilty. In old language, he is made righteous even though he is not righteous.

The problem has found home in the church. We are increasingly finding God's people willing to separate the Word of God from the reason they do or judge something. They are inadvertently separating themselves from God Himself. We need to get back to God's standard. We need to reject the relativism of today which espouses individual preferences as the foundation for justice. In fact, only God's preferences make a difference.

Next => Do all good people go to heaven?