Hope in the Darkness

Luke 1:79, seen in all capitals (in some versions), was in part quoted from the Old Testament from one of the prophecies of Isaiah, written about 600 years before Jesus came into the world.

9:1 But there will be no more gloom for her who was in anguish; in earlier times He treated the land of Zebulun and the land of Naphtali with contempt, but later on He shall make it glorious, by the way of the sea, on the other side of Jordan, Galilee of the Gentiles. 2 The people who walk in darkness will see a great light; Those who live in a dark land (shadow of death), the light will shine on them (Isaiah 9:1-2).

Although only verse 2 has been quoted, verse 1 has also been included to remind us of where Jesus first entered the world, in utero (in the womb), in Galilee, near a number of Gentile (non-Jewish) cities. Jesus was conceived in Mary by the Holy Spirit. Joseph was shocked at her pregnancy and was to divorce her, but an angel prevented him from doing this. This was only one of the many miraculous events surrounding Jesus’ entry into the world.

He was, however, born in Bethlehem due to a decree from Caesar, compelling Joseph and expectant Mary (9th month) to leave Cana to register in his ancestor’s town, and so Jesus was born in Bethlehem of Judah, the place of King David, his distance ancestor. Later, his parents brought him back to Cana in Galilee where He grew up and began His ministry.

The people who walk in darkness will see a great light; Those who live in a dark land (shadow of death), the light will shine on them (Isaiah 9:1-2).

Isaiah 9:2 sets out the contrast between the darkness and light in two phrases, each complementing each other. On the one hand, you have people who walk in darkness and those who live in a dark land. They typify the world. Remember this was written even to God’s promised people, the Jews. Without the Messiah, it was dark. Promises about what will happen are not like the fulfillment of the event. As long as it is promise, it has yet to be and unsurety arises. Promises, however, do provide an important ray of hope.

The Hebrew word translated, “a dark land” is in Psalm 23:4 translated “shadow of darkness”, which many of us are familiar with. “Even though I walk through the valley of the shadow of death, I fear no evil; for Thou art with me.” The phrase (from either translation) is one Hebrew word formed through a combination of two Hebrew words: shadow and death, representing the darkest forms of darkness or pitch dark. When a person dies, there is no light that can enter that person’s eyes. All becomes dark, sullen and dead.

I remember once visiting Andra Pradesh and a huge famous cavern, the Borra Caves. We went in there and the lights shut off. We were buried in the ground along with the darkness. One couldn’t see one’s hand in front of one’s face and didn’t dare take a step on the narrow walkways.

What about this world disturbs you the most? The Jews faced domination by an evil world empire. There was an incredible persecution going on at that time and was recorded that people would see many of these so-called criminals hanging on crosses. There were groups called Zealots who sought political freedom, thinking that would bring true freedom. Jesus knew man’s problem went deeper than that, however, and came to die for man, that He might bring life and light. Only when we understand the utter darkness and hopelessness that strikes our hearts can we appreciate the light. 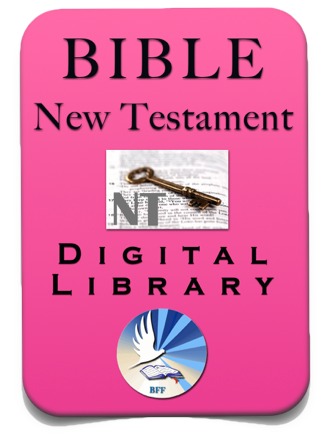 Jesus did not come into a peaceful, quiet world but one agitated by an anxious evil. I understand some have questions about peace when the world is so evil. That is the tension, where darkness still holds sway, but one day all darkness will be exposed at Jesus’ return. But if you rightly understand advances in this world, with hospitals and peaceful governments, you will find it is because they embrace the truths found in God’s Word. For example, some societies based on revenge adopted Jesus teaching to forgive and be forgiven. They were transformed. Others, with commitment to the dialectic approach undergirding many socialistic societies, believe in the benefit of divisiveness, adopted and gained the peace Jesus promised. Others rejecting greed and money because of the joy and contentment from Jesus.

The same is true with the darkness of the human soul. Do you allow yourself to be persuaded by the feelings and thoughts of evil, selfish forces? How much darkness is in you? How much darkness has hidden dormant in you, waiting for its chance to arise? “I’ll get back at him.” “I’ll never let her do that again!”

Do you allow God to enter your life shining in every part or do you have some closed rooms or closets of your life where you are afraid what will happen if you fully swing the doors open to your troubled hearts? Don’t be afraid. Only be fearful of doubting God’s grace and love would not help. Jesus is “to shine upon those who sit in darkness and the shadow of death.” Let His light, His presence, shine in you. As the sun rises, the light shines upon those in darkness so that they can see. Light remains and grows stronger. What a beautiful description of God’s purpose of bringing light and love to the world and our own hearts.