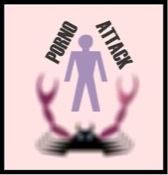 Learn how a parent's training influence a child's lust!

The Opposite of Lust is Love

Purpose: Think lust is love? Think again. They are opposites. Lust never is love. 'The Opposite of Lust is Love' is the fourth lesson on 'Embracing God's Love, Overcoming Lust' which shows the complete inadequacy of our sensual desires. This lesson is the seventh in a series on "Reaching Beyond Mediocrity."

Love is the opposite of lust. Lust represents a preoccupying selfish desire to satisfy one's desires. Love however prioritizes the needs of others in light of God's holy Word.  

Lust represents the way a person overrides what is proper to accomplish what he wants for himself. He is willing to lie, steal, frame others, backbite, pretend, seduce, blackmail, etc. all to get what he wants. He does not think about the needs of others. In fact, lust never is love nor can it love.

Lust never is love nor can it love.

This is why many people who defend sexually immoral relationships, whether heterosexual or not, all fall into the lust category. God knows that all affairs, night swings, sensual romances outside of the confines of marriage are always done for selfish gain.

Only in marriage can sex be holy and good. God knows that and therefore helps protect goodness by His commands. If they had right motives and really cared for their partners, then they would refrain from lusting after the other.

Lust, then, is a misplaced faith or confidence according to the promise of one's desires. Lust manipulates others for the purpose of meeting its own needs even at the sacrifice of others. They are ruled by the lie that fulfilling their lust will ultimately fulfill them. This is the promise of desire, but these desires never are true.

There is an empty void, sense of shame and isolation and guilt that follows sneaking a forbidden chocolate (by using the word sneaking I infer that the person knows he or she should not eat it but does so because of the craving) or a virtual affair with a sexy photograph being streamed at you over the internet.

A person places his or her confidence on the way they try to fulfill that craving rather than understand and embrace God's better way of love. When a man lies to a woman about his devotion to her but really all he wants is to be able to use her body to satisfy his own lusts, he creates his own devices to get what he wants. He rebels against God's command to care for one another and subdue his inner desires.

In the end, whether it is a person who steals, lies or seduces, he uses wrong means to get what he or she wants. Again, desires rule. God wants man to live by His kind and right treatment of others and trust Him for the results.

The controlling element of lust

There are many things that need to be understood about lusts. One of those things is the delusion about lusts itself. The person believes he is in control of himself when he really is being controlled by his lusts. The scripture clearly speaks of this problem. 

"For speaking out arrogant words of vanity they entice by fleshly desires, by sensuality, those who barely escape from the ones who live in error, promising them freedom while they themselves are slaves of corruption; for by what a man is overcome, by this he is enslaved" (2 Peter 2:18-19).

Peter both describes hedonism and explains its faulty premise. Hedonism is the modern, and we see here an ancient, philosophy that has people believe that indulging one's desires brings about the deepest satisfaction of life. Notice how they promise freedom.

This is similar to those who go around telling us virginity has no advantage and that immorality and affairs are the best expressions of love. The culture tells us that fulfilling our lusts are good and that we should not constrain them, which they believe is unnatural and a poor choice.

They believe running after their lusts, whether it is to buy luxury cars on credit or lie to pursue sexual flings, is the most fulfilling. Many governments, now, in full trust of this philosophy of hedonism, provide credit with no backing, loosen laws so that immorality can be accomplished without penalty and restrain those who oppose them.

These hedonists pretend fun and promise the best. The results, though, from this verse are obvious - enslavement.

For by what a man is overcome,
by this he is enslaved.

This words 'enslaved' and 'slaves' might seem too strong, but they are carefully and wisely chosen and used. 2 Peter 2:18-19 portrays a person who thinks he gains personal freedom by shacking up with different individuals. He even then goes out and encourages others to join him. They think they are in charge of their lives. They even offer 'freedom' to others, but such individuals are being controlled.

Their desires have enslaved them. They are now slaves to their own desires and are caught, yes, they have lost their freedoms. They are slaves to corruption.

They think they are free, have the best life and even offer this to others (which makes them natural salesman which is most unfortunate for the undiscerning) but are slaves. They can sound right and promising but are blind to their own enslavement.

This is the reason we need to be very careful with who our young people hang around with or listen to (i.e. teachers, music, advisors, etc.). Young people are picking up on this hedonistic message and believing it. They then throw away their old beliefs and adopt immoral lifestyles.

We cannot easily stop others from promulgating their message, but we can show and tell others the better way of love.

Continue on to read more about the power of love!