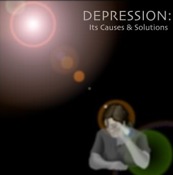 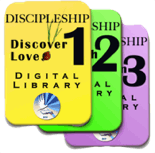 Deepening Our Trust, part 10 of 12, shows the important role of our trust through how Moses fought a problem of depression in Exodus 5 because his dreams were broken and he faced failure. 'Adopting God's Hope, Overcoming Depression' is the ninth lesson in a series on "Reaching Beyond Mediocrity."

We mentioned that the main work, other than rebuilding the foundations through repentance, is the reestablishing of trust. Several areas of trust have been breached. If we can identify the main ones and work on them, it is good. Sometimes one area will seem to big or overwhelming. Perhaps one can work on a smaller area and build up faith.

Depression shows that person has doubted God's willingness or ability to help him cope with some aspect of life.

So like anxiety, depression reveals there is some doubt on how God will help them cope with some situation or person. They might not have trusted God in the first place. They, perhaps, trusted their cleverness and getting ahead in their careers but now without a job and a poor economy, they do not know what to do. In this case, they do not only need to repent for not believing God for this one incident but for the way they approached life.

"Then Moses returned to the LORD and said, "O Lord, why hast Thou brought harm to this people? Why didst Thou ever send me? "Ever since I came to Pharaoh to speak in Thy name, he has done harm to this people; and Thou hast not delivered Thy people at all."" (Exodus 5:22-23).

A temptation to give up hope can reach any of us. Just before Moses brought the ten plagues to the people of Egypt, he was gravely tempted to give up. From our perspective, we wonder how he could ever think that way. After all, in just a month's time, everyone in the land will be at awe over his authority.

He, however, has lost confidence in God's description of Pharaoh's hardness and on God's power. He forgot God's ability to carry out what He promised. Moses did not have to give up hope. In a sense he didn't fully give up because we see him praying and speaking to God. That was important. He still had some hope though it was largely decimated. Moses' problem is that he was operating on sight rather than faith.

"And they said to them, "May the LORD look upon you and judge you, for you have made us odious in Pharaoh's sight and in the sight of his servants, to put a sword in their hand to kill us."" (Exodus 5:21).

Moses saw what God did make things go from bad to worse for the people he was so-called delivering. This case probably has a touch of pride associated with it. At least pride would be a problem with me. But the exaggeration, "Ever since I came to Pharaoh to speak in Thy name, he has done harm…" This is exaggerated. Moses just started speaking with Pharaoh and even that through Aaron.

Do you see how these unbalanced words reveal where Moses is at in his heart. It is somewhat true but there is something that is missing. Moses is on the verge of further losing his hope.

God does not want us to lose our hope in Him. He will come through. Exodus 6:1 shows how God speaks to counter the hopelessness of Moses (and the people - it was probably easy to catch this spirit of hopelessness from the Israelite people who did not believe God).

And so God speaks to us through His Word if we would indeed listen. Depression is seeded in the doubt that God is willing or able to help us cope with some aspect of life. And so any form of discouragement, broken dreams, disappointment, despair are all places like Moses would face to challenge our trust in the Lord's way of doing things. This is where we need to build up our trust and insight in the person and ways of God.

When a person has never trusted the Lord for something, it is much harder to establish and maintain that trust. We can understand the Israelites in Moses' time of despairing. They did not know what it was like to be rescued by the Lord.

People usually have to go through a hard time to break them of their trust in themselves before they will turn to the Lord. It is hard seeing a person go through these testing times, but God said He will crush idols. It is better they are exposed now so that the person can repent from them before the Judgment Day. In the case of the Israelites in Egypt, they had to suffer before they came and cried out to Him (Exodus 2:23-25).

So how do we present a faith to a person who has not believed in it before? Or does the way we speak (or personally believe) differ from the way we might address someone who has believed in the Lord? In both cases it is good to start with the basic truths that are questioned.

Depression depends upon two truths to find healing. What are they? Let's see!