This is part 2 of the 'Good Decision-making' series

Good decision-making is dependent on two essential components: knowledge and action. There are, undoubtedly, many other important aspects to making wise decisions. However, possessing the right knowledge and having the determination to follow up with the right action are essential to this process.

This article largely discusses the knowledge that we need to make right and good decisions. The place for determination or action in decision-making will be discussed briefly at the end. We will first focus on how what we know'our knowledge' affects wise decision-making.

Later, the importance of following up this knowledge with action will be discussed. Many have the right knowledge but using that knowledge is part of making wise decisions. For example, there is a plethora of knowledge about condoms and STDs. However, not many people use that knowledge in making decisions.

Remember that knowledge is only part of wise decision-making. The other part is shaping one's decision by that knowledge that they have. We could believe that this is due to the lack of the right knowledge. If they really knew the ramifications of their decisions, we assume, they would not make such decisions. But this is not real to true life. There are other factors such as wanting and doing what we know is right. Let us focus on three Biblical instructions that shed light on this issue.

Like a dog that returns to its vomit is a fool who repeats his folly (Proverbs 26:11).

This proverb clearly gives us a picture that we will commonly see today. A husband who beat his wife again last night goes out to the beer joint. The wife who argued with her husband, only to find them more distant again, argues with him as he comes home. The person who gets a bit deeper and deeper into debt every time he gambles, again borrows a little money from a friend and frequents the casino.

The term addictive behavior has become quite popular. It is used to describe people who, though they have knowledge of the harm that comes their way from previous experience, again and again return to the same situation, only exacerbating those around them. They are like the dog that returns to the vomit. They have experiential knowledge but they can't or are unwilling to apply it to their lives.

2) Knowledge needs the company of discipline.

Although this verse seems to state that a person will die because of the lack of knowledge, the verse really says the opposite. They have knowledge but they do not have the 'instruction' or 'discipline' that is required to implement the use of knowledge into their lives.

These are the people who think that life should not be limited by laws and constraints. Perhaps they have learned this through studying Rousseau[2] in a philosophy class but more often than not it is learned from the way they watched their parents spurn the law. They never learned to respect instruction from others. The opposite is true: they have learned to despise it. They actually think they are 'beating the system.'

This verse states clearly the consequence of rejecting knowledge. They will die. Whether it is my neighbor who refuses to stop smoking and knows that he will die because of it or another who is destroying his marriage by pornography. They are unwilling to bridle their behavior.

This is the fool. He knows what he should do but because of the lack of training, he despises that knowledge and lives by his own desires. He even makes these decisions when it hurts himself and others. The word 'instruction' is sometimes translated as discipline or chastening. Again, we clearly see that knowledge in and of itself is inadequate to help people.

Seeking God's will or your own?

Discipline or instruction is learned early on in life. The child learns that there are negative consequences for knowing what he ought but refusing to do it. If he or she is consistently disciplined, then the child will allow the knowledge to influence their decisions. If they are not disciplined, the child will learn to ignore the help of knowledge at key times.

This is, perhaps, one basic problem of the lack of time management. They cannot get around to regulate their time as they ought. They know what they ought to do but just can't get around to do it whether it is because of reading a newspaper or watching a television program.

The child learns to reject the knowledge of others including God. He has knowledge but never learns to compel himself to listen to that knowledge. "He will die for lack of instruction." You can read more of this in the Biblical Principles of Parenting series.

Notice what the wise elderly John wrote regarding the blessing of reading the Book of Revelation,

"Blessed is he who reads and those who hear the words of the prophecy, and heed the things which are written in it; for the time is near" (Rev 1:3).

Did you notice that it was important not only to gain the right knowledge (to read and hear) but to rightly respond (heed the things written in it). A man's willingness to gain knowledge but not have his life shaped by it is an utter fool. Man fools himself by arguing to himself that there is no absolute truth. By this they insist it means that there is no knowledge that must influence my life decisions.

John knows man well. He knew man well because he saw Jesus' understanding of man. "But Jesus, on His part, was not entrusting Himself to them, for He knew all men, and because He did not need anyone to bear witness concerning man for He Himself knew what was in man" (John 2:24-25).

People can even know spiritual truth like that revealed in the Book of Revelation about the end times and not be shaped by it. We can gain knowledge but still not 'heed' those things written in it. We can know the end of the world is turning upon us but like in Noah's day, we can still fool ourselves and choose the alternative life style. People all around us are doing it.

I really feel for those who grew up in Christian homes with disobedient parents. They have learned to spurn the Word of God. They know it and perhaps even admit to its inspiration, but reject its validity to touch their lives. Despite their rejection, the truth still stands. God's great blessing doesn't just come to the one who knows God's Word but the one who heeds God's Word. There is a difference of death and life, eternal destruction and eternal life between the two life choices. (Devastating Effects of Secular Parenting)

We all outwardly like to think that we make the best decisions, but often our approach to decision-making is very awkward. Can we really think that our decisions are good or wise if we limit our knowledge only to what we have experienced? Does it really make any sense to dismiss our parents' insight into past events by disdaining their opinions?

We need to wake up to the problems many people around us are finding in their lives. We can live better lives simply by acquiring and merging knowledge of past events and spiritual revelation with what we have personally experienced. Wisdom is not often found because we can so rarely violate input from any of these sources of information.

We need to reject the worldly idea that 'knowledge' solves all problems. People just need to be better educated. We have plenty of educated crooks. There are too many educated child abusers. There is a problem that goes beyond knowledge. We are fools if we do not grasp this point. Knowledge cannot run by itself. Democracy runs not only on knowledge and freedom but responsibility to that knowledge of truth and the constraint of our freedoms to implement what should be done.

Until we begin to treasure knowledge and gain the respect for it, we, as individuals, families and societies will plunge downward in a spin. By God's grace we can change, though. We can see the many ways we have played the fool and not heeded proper knowledge. We should repent of this and by God's forgiveness step forward into obedience of His truth. There we will find true blessing and peace. God offers the best both to the individual and society. May this knowledge itself be heeded and result in a mighty change of its readers.

[2] One key figure that has greatly influenced modern philosophy by stating that man is happier when he is not constrained by laws and rules. The happiest man is the man without societal constraints. 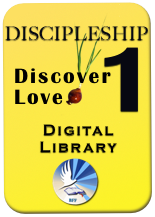 If you would like, you can order the BFF Discipleship #1 Training Library which has many helpful discipleship resources including this series.

These materials can be read, printed out and used at your convenience. A more complete description is at the BFF Resource Center.

3 X E: Trains new or untaught believers basic teaching to ground them in their faith and integrate them into the church. ...More

Life Lessons: Many believers do not know how to teach or disciple new or young believers. Life Lessons shows how to train new believers through short videos and handouts. ...More