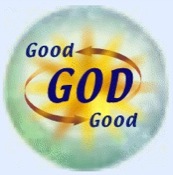 Living in God's Love beyond Fear

Christian Living by Understanding the Mind of Christ

Purpose: 'More Dreams, More Hopes, More Disappointment' on Genesis 40 is a handout for teaching youth on how to handle disappointment in general circumstances or even in situations where someone has treated them unfairly.

Joseph ran into one situation after another which did not make sense. He did the right thing but then through some unforeseen situation was wronged. By hindsight we know God was preparing Joseph for a special work. We might think that God had finished training him, but it appears that the Lord thought Joseph's heart needed more polishing.

Get the 300+ page book on Genesis! See details.

List some ups and downs in Joseph's life before this time.

Read Genesis 40 and answer the fact questions below.

Joseph's encounter with the Cupbearer and Baker (40)

Using the window of interaction with the cupbearer and the baker we can gain understanding of Joseph's character and his heart. What can we learn about Joseph's approach to life?

Joseph cares about the people around him even though he is in an unpleasant place and does not deserve to be there.

Joseph acknowledges that the dream's interpretation is from God and not of himself. He is simply used as an instrument of God. He did not steal God's glory. Joseph is careful to give the proper credit to God when interpreting the cupbearer, the baker and Pharaoh's dreams.

He delivers the messages faithfully and honestly regardless of the popularity of his message.

Joseph is wise in taking advantage of the cupbearer's official position to get him out of prison.

Joseph harbors no bitterness and resentment toward the cupbearer who forgot about him. He recognizes God's sovereign control and perfect timing.